Credit unions compete to recruit and retain quality employees by offering a wide range of benefits. But could that competitive edge be in jeopardy because of rapidly rising costs?


Because of higher benefit expenses, 31% of credit unions added or increased employee cost sharing in 2012. This year, 43% of credits unions expect to add or increase employee cost sharing. In addition, 24% of credit unions are expected to enhance or add workplace wellness programs, which are up from 22% last year.  Credit unions are also trying to hold down costs by improving employee communications to educate staff about their health care options and ways to cut costs and monitoring health care data for cost utilization patterns.<<<MORE>>>Ever-Rising Benefits Costs Are Tough to Manage:

SALEM, Ore. — Members of one credit union have access to one more time and money saving tool, thanks to the partnership between three innovative financial services companies. CU Wireless, CheckAlt and iParse to create a mobile deposit capture product that integrates seamlessly into Oregonians Credit Union’s existing mobile app and provides more accurate image capturing than other mobile deposit products.

This mobile deposit capture product allows members of Oregonians CU to use their mobile phones to deposit checks. iParse’s innovative technology automatically captures, analyzes and converts the image right on the hand set, eliminating the need for the end user to snap multiple pictures because of image quality issues. Sam Launius, executive vice president at Oregonians CU, said, “iParse has been an exceptional partner for our mobile banking needs. We were ecstatic when iParse had the mobile deposit feature available, and that it blends seamlessly with our existing app.” <<READ MORE>> 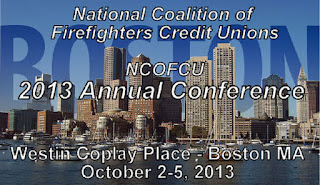 As in the past years, this will be a gathering of CEO's and Volunteers of firefighter credit unions, primarily serving firefighters and their families, participating in the collaboration and peer to peer networking they have always enjoyed.

Millennials Do you know who they are?

Millennials Do you know who they are? 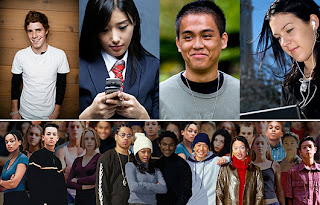 This is a reprint from CU Time 4/20/2011
Effectively marketing to Millennials–consumers who fall in the 16 to 31 age range and are typically grouped with Gen Y–requires flexibility, adaptability and fluidity, said a new report released by trends and futures consulting firm The Futures Group.
“Unmasking Millennials: The Futures Company on a Misunderstood Generation,” summarizes consumption habits and reveals that Millennials live in a constant state of flux, with technology playing an integral role in their ever-changing lives.
The firm found that common Millennial stereotypes–optimism, openness to the world, social consciousness and fluency in technology–do not always ring true. Researchers say the 16 to 31 bracket is indeed tech savvy, but about half are concerned for their economic futures and many are developing inward attitudes. The report also states Millennials are less motivated to make a difference in the world than their Gen X predecessors are, and  they’re more interested in happiness than materialism.
The report goes on to define four Millennial “tribes”–Striders, who seem unaffected by the economic downturn and optimistic about their futures; Steppers, who have been hit hard by the downturn and are careful about purchases; Satellites, who are after the hottest, most current gadgets and software; and Spirits, who are “open, connected and socially conscious, directing their attention and purchasing power toward the things they’re interested in.”
at January 19, 2013 No comments:

Reaction varied to the news that the Wisconsin-based financial services technology giant had scooped up its debt-ridden former rival.

“I think this will prove to be good news for the credit union industry,” said Christine Barry, a research director at Aite Group in Boston. >>>Read More>>>Fiserv Takeover of Open Solutions Good or Bad For Credit Unions?:

It is sad news that I have to report the passing of Leo Brochu on January 4, 2013. Leo was a director and past president of Newark Firemen Federal Credit Union. As most of you know he had attended and enjoyed our conferences and shared lots of good times with many of you.

Leo John Brochu, 65, passed away at the Lehigh Valley Hospital, Muhlenberg Campus, Bethlehem, Pa., on Friday, Jan. 4, 2013. A Funeral Mass will be offered at the Cathedral Basilica of the Sacred Heart, Newark, N.J., on Friday morning, Jan. 11, at 11 o'clock. Those who wish to attend the funeral may gather at the funeral home at 10 o'clock. Entombment will be in the Gate of Heaven Cemetery, East Hanover, N.J. Guests will be received at the Irvine-Cozzarelli Memorial Home, P.A., 276 Washington Ave., Belleville, N.J., www.irvinecozzarelli.com, (973) 759-1114, on Wednesday evening from 7 to 9 o'clock and on Thursday afternoon and evening from 2 to 4 and 7 to 9 o'clock. Complimentary valet parking is available at the funeral home. Born in Newark, N.J., Leo remained in the city through his adolescence, moving to Verona, N.J., Cedar Grove, N.J., and Belleville, N.J., where he resided for several years before moving to Bethlehem, Pa., for one year. Leo proudly served our nation in the Air Force Reserve, and was dedicated to his vocation as a firefighter with the Newark Fire Department, assigned to the training academy. He retired after 39 years of duty in 2010. As a firefighter, Leo's career was one of purpose and fulfillment. He was the recipient of numerous awards, commendations, and official citations. He was the former president and a board member of the Newark Firemen Federal Credit Union. A descriptive of Leo's personality would characterize him as charismatic, genuinely sincere, free from pretense, generous in thought and deed, but not obtrusive. He enjoyed living the good life and was the life of the party. He has a terrific sense of humor and was also a compassionate man. Leo held steadfast as a provider, with an uninterrupted work history from the age of nine years old. He was a sharp dresser, and prided himself on his appearance. His life was enriched by the love he had for his precious daughters and his grandchildren, a love so profound that mere words could not adequately describe what his heart wanted to say. Leo leaves behind many gifts that time can never take away and an unforgettable smile tat will comfort us as we continue on life's path. Leo was the devoted father of Nicole LaMarca and her husband, James; and Brandi Brochu; cherished grandfather of Gabriella and James LaMarca; loving brother of Danielle Kazista and her husband, Ted, Jeanette Van Skike, and Joe and Diann Brochu; treasured godfather of Lee Kazista, and the fond uncle of several nieces and nephews; and dear friend of Carolyn Maloney. He is also survived by a lifetime of great friends. -EVERYBODY LOVED LEO-

EMMITSBURG, Md. – The U.S. Fire Administration (USFA) announced today a provisional total of 83 on-duty firefighter fatalities in the United States as a result of incidents that occurred in 2012, the same number of firefighter losses as in 2011.
View the provisional report »

Heart attacks or stroke were responsible for the deaths of 41 firefighters (49%) in 2012. This single year total is a near average proportion of firefighter deaths from heart attack or stroke over recent years. This nature of fatal injury has remained relatively constant, while others, on average, have been reduced during the past decade.
Eleven on-duty firefighters died in association with wildland fires, the same as 2011 and 2010.

For additional information on firefighter fatalities, including the annual fatality reports from 1986 through 2011 and the Firefighter Fatality Retrospective Study 1990–2000, please visit the USFA website.
at January 09, 2013 No comments:

SAN FRANCISCO – San Francisco Fire CU has completed the acquisition of Bay Media FCU, a troubled credit union for San Francisco Chronicle employees and the latest newspaper employees’ credit union to run out of black ink.
at January 07, 2013 No comments:

Mergers, mortgages and more seen populating the legal docket for credit unions in the year ahead, according to a team of credit union attorneys.>>>Read all at CU Times>>Credit Union Legal Hurdles for 2013: Opinion:
at January 07, 2013 No comments:

10 Predictions For The Mobile Industry In 2013 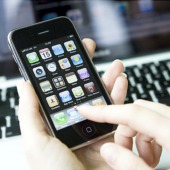 Bonus prediction: The definition of “mobile” will broaden.  Today the smartest machine in many homes, besides a desktop computer or laptop, is a smartphone. Everything else from the TV to the toaster, are dumb by comparison. But that’s changing, as more devices are enabled with wireless connectivity as per prediction No. 4. The smartphone is also becoming the hub for them all — used to turn off the lights or control the temperature of a house. More devices will go mobile, augmenting the very definition of the term, and the smartphone will become increasingly important as the “mothership” that controls them all. <<Read all 10 At>>10 Predictions For The Mobile Industry In 2013:
at January 02, 2013 No comments:

Happy New Year! It Passed: Five Things Everyone Should Know about the Fiscal Cliff Tax Deal


Happy New Year!  WASHINGTON - JANUARY 1: U.S. President Barack Obama makes a statement alongside U.S. Vice President Joseph R. Biden (L) in the White House Briefing Room following passage by the House of tax legislation on January 1, 2013 in Washington, DC. The House and Senate have now both passed the legislation, >> Read All 5 Here>>   It Passed: Five Things Everyone Should Know about the Fiscal Cliff Tax Deal:
at January 02, 2013 No comments: