ALEXANDRIA, Va. –Acting NCUA Chairman J. Mark McWatters has been officially designated as Chairman of NCUA by President Trump. McWatters becomes the 10th chairman of the NCUA board.

“I thank President Trump for this honor and the trust he has placed in me,” McWatters said in a statement. “As chairman of the NCUA, I remain committed to providing regulatory relief for the credit union community, in compliance with the Federal Credit Union Act, and to streamlining the operations of NCUA as a prudential regulator.

“We best fulfill our obligation to protect America’s $1.3 trillion credit union community and its 108 million, largely middle-class, members, and the safety and soundness of the National Credit Union Share Insurance Fund by promoting a strong and vibrant system and by making the NCUA even more efficient, effective, transparent and fully accountable,” McWatters said.

McWatters was nominated to the NCUA Board by then-President Barack Obama on Jan. 7, 2014. Following Senate confirmation, he took office as an NCUA Board Member on Aug. 26, 2014. McWatters has served as Acting Board Chairman since Jan. 23.

“I am very pleased that Mr. McWatters has officially been designated as the Chairman of the NCUA by the President,” Board Member Rick Metsger said in a statement. “This recognizes his hard work and dedication to the mission of the agency and I look forward to our continued work together to provide access and financial safety to the over 100 million Americans who are part of the nation’s credit union system.”

Prior to joining NCUA’s Board, McWatters served as Assistant Dean for Graduate Programs and as a Professor of Practice at the Southern Methodist University Dedman School of Law and as Adjunct Professor at the university’s Cox School of Business. He also served on the Governing Board of the Texas Department of Housing and Community Affairs and on the Advisory Committee of the Texas Emerging Technology Fund.

McWatters served as a member of the Troubled Asset Relief Program Congressional Oversight Panel and as counsel to Rep. Jeb Hensarling (R-Texas). He also practiced law as a partner in three large cross-border law firms and as counsel to an international hedge and private equity firm, where he specialized in taxation, corporate finance, and mergers and acquisitions. He began his career as a judicial clerk to the Hon. Walter Ely of the Ninth U.S. Circuit Court of Appeals.

Akron Firefighters has a  annual appreciation day luncheon in the Local Hall. they market this to the members as an appreciation day with lots of food, door prizes and special treats for the kids.
For information on what it takes and how successful it has been call or e-mail CEO Linda Williams
330-798-1994 - akfirecu@aol.com

BRFFCU will be hosting a shred event at our main office. Members are welcome to drop off any paper documents they would like shredded. (Paper documents only. No
magazines, cardboard or folders please.)
Wondering what kinds of documents should go through the shredder? Here are some examples:
Tax returns, Photo IDs, Bank statements, Voided checks Credit card information Copies of sales receipts, Documents containing sensitive information such as name, address, phone number or email, Employment records
For information on what it takes and how successful it has been call CEO Dawn Heath: (225) 274-8383 - dawn@brfdfcu.com

“Great things happen when credit unions serving firefighters and first responders come together. Our Face-to-face interaction is the platform where collaboration begins, relationships are forged, and ideas are generated.” Conference Information

Firefighters First Credit Union is expanding and we want you to be a part of it! For over 80 years we have exclusively served California firefighters and their families and now we are expanding into Arizona. We are actively seeking a Regional Branch Manager in the Tempe, Arizona area to help grow our organization. To be considered for this exciting and rewarding career please review the job description below and submit your completed application.

The primary function of this position is to provide and exhibit outstanding service and department leadership, managing the Branch to ensure high-level quality service to internal and external Credit Union members. This leadership position is responsible for ensuring all Regional Office staff execute on stated goals, including new member, sales, and deposit goals established for the Regional Office.

For more information and to apply; Firefighters First Credit Union 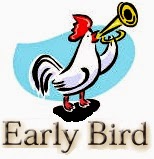 To check out our line up of great speakers and to get more information about the conference or to register on-line click HERE, or contact your credit union.