Credit union lending is booming and the positive trend is expected to continue in 2018, according to the chief economist for CUNA Mutual Group. According to Steven Rick, who also is a director for the Madison, Wis.-based company, credit union loan balances rose 0.7 percent in January – an improvement over the 0.6 percent pace reported in January 2017, and an increase of 10.9 percent during the last 12 months. 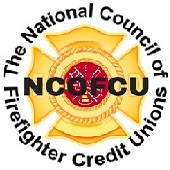 2018 conference is in Seattle

By Roy Urrico | March 23, 2018 at 10:30 AM
CUTimes
The events revealed so far in the emerging Facebook and Cambridge Analytica story, may not be a data “breach” but nevertheless, serve as a wakeup call to millions sharing personal information.
Following reports that Cambridge Analytica, a data analysis firm reportedly used in the last presidential campaign, acquired and used Facebook data on some 50 million people without their consent. Facebook CEO Mark Zuckerberg acknowledged his company was partially to blame. “We have a responsibility to protect your data, and if we can’t then we don’t deserve to serve you,” Zuckerberg wrote in a Facebook post. He added, “It was also a breach of trust between Facebook and the people who share their data with us and expect us to protect it. We need to fix that.”
Some compared the exposure to a data breach. San Diego-based The Identity Theft Resource Center, which chronicles data breaches, took the extraordinary step by responding to the recent developments in a press release. “The misuse of millions of Facebook users’ data cannot be classified as a breach one way or another given the lack of specifics currently available.” They did warn consumers about underestimating the value and potential mine-ability of their personal identifying information. Eva Velasquez, president and CEO of the ITRC, said. “Many times, users do not understand that there can be unintended consequences to adding information to their account.”
Gene Fredriksen, chief information security strategist for PSCU, pointed out that people might assume the effects from a breach limited to the breached company. “The truth is that the aggregate information from a series of breaches can build an extensive personal profile.”
In the case of Facebook, Fredriksen suggested everyone should consider information in their profiles, discussions in their posts and revelations through their friends list. He added, “Combine the Facebook information with the financial and account information from an Equifax breach and information from a personnel department breach, such as the Office of Personnel Management, and you can build a cradle-to-grave personal history. A treasure trove for anyone wanting to steal identities, commit other kinds of fraud, or simply resell the bundled information to other criminals.”
This situation does not pose specific risks to credit unions as a routine data breach would, John Buzzard, industry fraud specialist, CO-OP Financial Services, observed. “The vast information in play here was digitized and scored into behavioral analysis for the benefit of the third-party research firm and its clients.”
Buzzard maintained this situation really is a great cautionary tale for consumers who willingly overshare their activities and preferences on social media without properly understanding the possible extrapolation of their activity not in tandem with their personal, financial or political views. “This Big Brother scenario, often feared by consumers, rarely gets put at the top of their list of privacy priorities when it comes to online entertainment and communication.”
Buzzard did provide one caution, “Software developers always tell you about the risk in working with a third-party vendor and now, more than ever, we all have to ensure that our data is leveraged and limited to the scope that most reasonably serves our clients and nothing more. We all have to ask better questions and understand where the buck and the data stops.”
Rebecca Herold, president of the Des Moines, Iowa-based SIMBUS and CEO of The Privacy Professor, said, “There are many dangers to the public, as well as to credit unions, especially those that have pages on Facebook.” Herold maintained credit unions should consider what type of personal details or inclinations are available on pages through comments, posts, and activities.
Herold noted, “Cambridge Analytica performed big data analytics on all this data, and used new types of artificial intelligence, to gain insights into lives (incomes, locations, race, religion, etc.) of people on Facebook.” Those insights could help in trying to persuade members to buy things or use their information to target them as potential crime victims. “We simply do not know all the entities that now have all this data that they collected.”


Check out our line up of excellent speakers in Seattle!

Information received since the Federal Open Market Committee met in January indicates that the labor market has continued to strengthen and that economic activity has been rising at a moderate rate. Job gains have been strong in recent months, and the unemployment rate has stayed low. Recent data suggest that growth rates of household spending and business fixed investment have moderated from their strong fourth-quarter readings. On a 12-month basis, both overall inflation and inflation for items other than food and energy have continued to run below 2 percent. Market-based measures of inflation compensation have increased in recent months but remain low; survey-based measures of longer-term inflation expectations are little changed, on balance.

Consistent with its statutory mandate, the Committee seeks to foster maximum employment and price stability. The economic outlook has strengthened in recent months. The Committee expects that, with further gradual adjustments in the stance of monetary policy, economic activity will expand at a moderate pace in the medium term and labor market conditions will remain strong. Inflation on a 12-month basis is expected to move up in coming months and to stabilize around the Committee's 2 percent objective over the medium term. Near-term risks to the economic outlook appear roughly balanced, but the Committee is monitoring inflation developments closely. 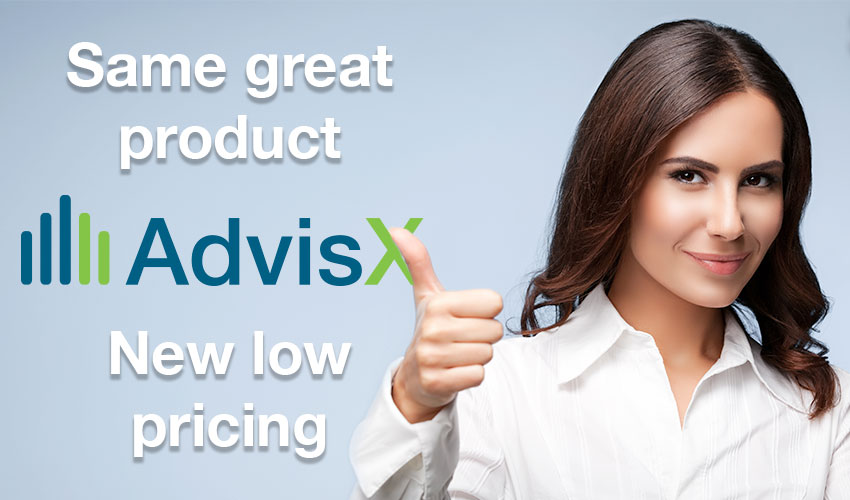 AdvisX, AffirmX's sister company, is rolling out a new pricing structure for its most popular product: AML monitoring system validation services. The new fee is available for projects beginning in Q2 2018.

The fee for an institution with moderate AML risks is now 30% lower than our 2016-2017 pricing structure. We have achieved this cost savings by implementing techniques that allow us to more efficiently complete the projects without diminishing the quality of personal service or the thoroughness for which AdvisX is known.

What AdvisX Clients Are Saying


Schedule a Live Demo
See for yourself how the AffirmX Risk Intel Center can help your institution improve risk management and regulatory compliance effectiveness while reducing costs. Schedule a demo


Check out our line up of excellent speakers in Seattle!

The NCUA has made changes to the quarterly data report to reflect changes in the information collected from credit unions as a result of the agency’s modernization of its member-business lending rule in 2016. A detailed explanation of those changes is available online here.

Check out our line up of excellent speakers in Seattle!

Call for Nominations: Best Credit Unions to Work For

Now in its fifth year, this program identifies and recognizes the movement’s best employers. If you think your organization has what it takes to be honored — or if you simply want to know more about this project — we invite you to learn more by visiting our special website. The 2018 registration deadline is April 27.
Click HERE  or http://www.bestcreditunionstoworkfor.com

Credit unions lending rose at a faster pace in most sectors than the small banks last year, according to data released this week by the FDIC and CUNA Mutual Group. 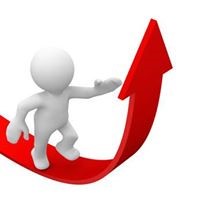 What credit unions lacked in size they made up for in speed compared with community banks and savings institutions in 2017.
Credit unions lending rose at a faster pace in most sectors than the small banks last year, according to data released this week by the FDIC and CUNA Mutual Group.
CUNA Mutual’s monthly trends report showed credit unions held $984.8 billion in total loans at Dec. 31, up 10.7% from a year earlier and a growth rate more than twice as fast as community banks.


Credit union assets rose 6.3% to $1.4 trillion due to a 6.3% increase in deposits, a 3% drop in borrowings and a 7.7% increase in capital.
With loan balances growing faster than assets, the loan-to-asset ratio ended 2017 at 70.4%, up from 67.5% a year earlier. The fast loan growth also helped loan delinquency rates fall to 0.79% in December, down from 0.83% a year earlier, according to CUNA Mutual.
The FDIC’s Quarterly Banking Profile showed loans at the nation’s 5,670 community banks and savings institutions rose 4.5% to $9.7 trillion, while assets grew 3.8% to $17.4 trillion.
Credit unions had faster growth in three major sectors:
Much of credit unions’ overall growth in 2017 came from auto loans, which grew faster than most other parts of portfolios.
Real estate’s share of total loans fell 62 basis points to 48.8% by Dec. 31, while total car loans grew 66 basis points to 34.8%.
New car loans grew 14.3% to $135.7 billion, while used car loans grew 11.9% to $207.1 billion.
Gains among credit unions in new car sales came as overall unit sales of cars and light trucks fell 1.8%. U.S. dealers sold 17.3 million vehicles last year, below the record high set in 2016 at 17.5 million units. After last year’s drop in unit sales, sales for January through February are down 0.7%.
“Expect auto sales to slow to 17.1 million units in 2018, which is still above the 16.5 million sales rate that economists believe is the inherent long run demand,” the trends report said. “Factors supporting auto sales include: ample access to credit, low debt burdens, strong job growth, growing hourly earnings, rising stock prices and rising home prices.”
Also encouraging is low debt burdens. Household debt was 102% of disposable income in 2017’s third quarter, the lowest rate since the first quarter of 2002, according to the Federal Reserve’s Flow of Funds report. “This improvement in household debt should help the economy avoid a recession for the next couple of years,” the CUNA Mutual report said.

Position SummaryF&A Federal Credit Union is seeking a strategic executive to lead the credit union in the role of President/Chief Executive Officer. Collaborating with the Board of Directors, this executive will be responsible for achieving the overall goals and objectives included in the strategic plan, maintaining the credit union’s financial health and stability, and for ensuring conformance with all applicable State and Federal laws. The ideal candidate is an experienced executive who is well versed in strategic leadership, exhibits strong motivational skills, is a team builder, and can lead organizational change while building consensus. A Bachelor’s Degree and a minimum of ten years executive experience within the credit union field or retail banking industry is required.
Read More  https://www.dhilton.com/jobs/fa-federal-credit-union/

F&A was chartered in 1936 to provide financial services to employees of the Los Angeles County Forestry, Fire and Agricultural Departments. From opening day assets of $26, F&A has grown to holdings in excess of $1.5 billion and over 44,000 members. In addition to employees and families of the Forestry, Fire, Agricultural and Weights & Measures Departments, F&A serves employees and families of cities that contract services with the LA County Fire Department, plus various other cities employees throughout Los Angeles County. As one of the largest credit unions in America, we've had a singular commitment for over 75 years: