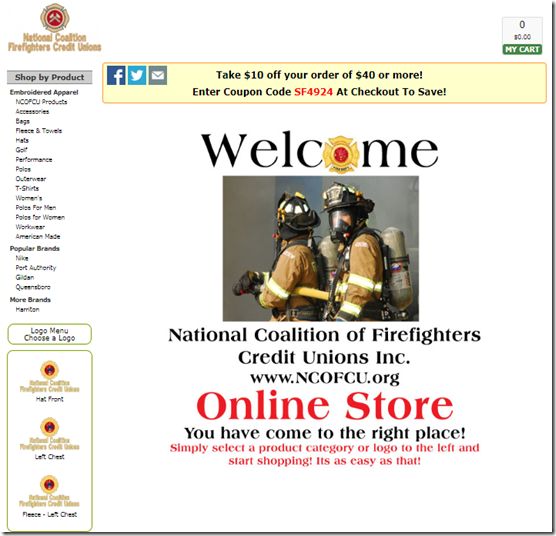 Newton will replace Charles Passenthal who will retire in mid-October, according to a Sept. 18 prepared statement from the board of directors of the Dayton, Ohio-based cooperative.

“We are very excited that Thomas is joining our team here at Dayton Firefighters Federal Credit Union,” Thomas Scott, board chair, said. “His dedication and proven track record will make him a strong leader for our credit union. We are looking forward to what he can bring to the credit union as president/CEO.”

Newton has a Bachelor of Science degree from the University of Phoenix and a Master’s degree in management from Indiana Wesleyan University.

Since 2009, he also served as the secretary and treasurer of the Miami Valley chapter of credit unions.

Just when you think you are caught up and what could be next? Here it is “Apple Pay”!

For the banks and credit card networks, Apple Pay could threaten some revenue streams, since Apple is getting a financial piece of every transaction. In return, the banking industry is hoping for improved POS security and privacy benefits as well as inroads into an expanded online and mobile purchasing universe. 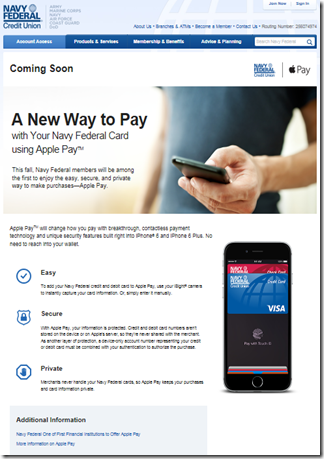 Reports indicate that the financial services industry began working on the Apple Pay project in January 2013, when Apple had the first concrete conversations with the credit card networks. In the summer of 2013, Apple approached the top six banks involved in the project (American Express, Bank of America, Capital One Bank, Chase, Citi and Wells Fargo), without revealing what other banks were involved.

Willing participation of the top six banks as well as Barclaycard, Navy Federal Credit Union, PNC Bank, USAA and U.S. Bank suggests both Apple’s power in the mobile space and the recognition that there are other payment solutions being promoted that are not as willing to work with the banking industry. For instance, the Merchant Customer Exchange (MCX) would prefer to replace the card networks altogether. This is highlighted by the fact that the two most prominent members of MCX, Walmart and Best Buy, announced that they would not accept Apple Pay

To read more and see who the players are and how it will Impact Non-Participating Banks and Credit Unions visit - http://thefinancialbrand.com/42321/banks-promote-apple-digital-payments/

In order to understand the significance of implementing the new EMV credit cards as discussed in the previous posting , CU24 has provided the following whitepaper to better assist you in understanding the change;
https://ncofcu.memberclicks.net/assets/docs/White_papers/understanding%20emv%20for%20%20credit%20unions%20april%202013%20cu24.pdf
at September 22, 2014 No comments: As the October 2015 implementation deadline approaches, some leaders who helped credit unions launch EMV chip-equipped payment cards estimated that fewer than 50% of card-issuing cooperatives would have both EMV-equipped credit and debit cards ready in time.

Oct. 15 next year marks the point when the cards’ brands have said liability for fraud losses will shift to the party that has not put EMV cards in place. This means that the party, either the issuer or merchant, that does not support EMV assumes liability for counterfeit card transactions, possibly costing or saving credit unions significant amounts of money.

“Credit unions are definitely gearing up and picking up the pace,” said Barney Moore, manager of card consulting services for Card Services for Credit Unions, the association of credit unions that use the services of payment processor FIS. “But it seems unlikely that they will have gotten it done by next October.”

Moore cited concerns about the costs of issuing the chip-enabled cards among credit unions, as well as delays in ironing out technical details with EMV-equipped debit cards. Another hurdle includes bottlenecks among plastic card suppliers, he added.

“We are urging credit unions that might not be ready to pull the trigger to at least get the project started and get into a queue for a chance to get EMV cards,” Moore advised.

Products and Services That Work

We are only a few weeks away form San Diego
Don’t miss these sessions with real takeaway ideas!

6 of our credit union CEO’s will discuss products and services that worked for them! 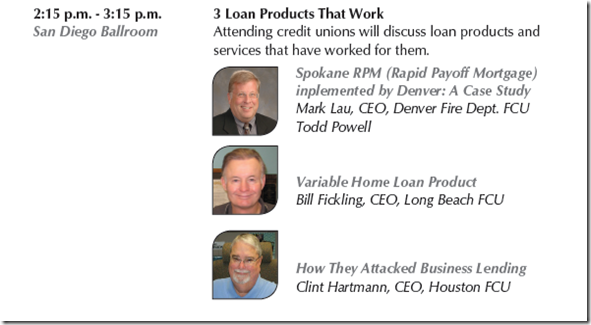 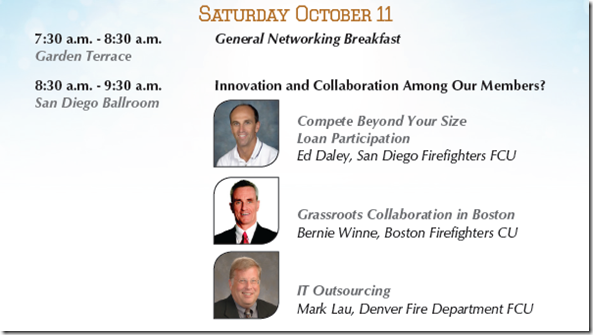 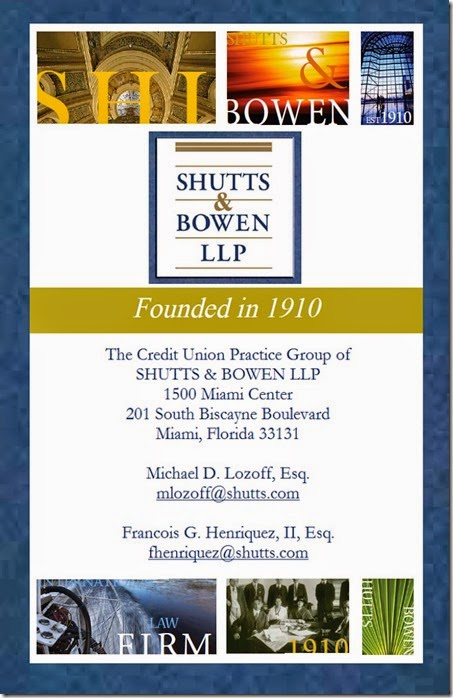 This was forwarded to me from one of our firefighter credit unions and I thought I would share it with everyone.
Grant

As one of the Nations 161 credit unions specifically organized by the police or fire departments of your communities please accept this email as heartfelt thank you to your credit union members who work tirelessly to protect communities across the USA.

We at the Filene Research Institute are inspired by the efforts of your credit unions to serve these brave individuals and enable them to achieve their financial dreams.

On the 13th Anniversary of 9/11 we do not forget the 343 firefighters, 23 NYPD officers, and 37 Port Authority police officers who put themselves in harms way, and lost their lives to rescuing the victims of our Nation's worst terrorist attack.

These best practices will ensure your next merger won’t be your last.
By Aaron Pugh

With six mergers completed since 2009 and three more on the immediate horizon, Credit Union of Southern California ($781.8M, Whittier, CA) — commonly referred to as CU SoCal — attributes just over half of its branch footprint and about 70% of growth achieved in the past five years to merger activity.

On the opposite side of the country, The Summit Federal Credit Union ($723.7M, Rochester, NY) averaged close to one merger a year between 2003 and 2011, increasing its assets by more than $445 million and adding 12 branches in three regional markets beyond its original Rochester and Seneca Falls footprint.

Despite the prevalence of this activity, neither of these institutions has ever actively sought out any merger partner. Instead, they’ve been responding to increased demand from small-to-mid-sized credit unions for cooperative alliances, both for survival and for the enhanced economies of scale a bigger sandbox can provide.

There’s no doubt that mergers can boost key metrics in a short amount of time, but according to these two cooperatives, those who pursue such opportunities out of a one-sided growth agenda usually falter as a result.

“We weigh every merger request we receive according to a number of factors, but it all boils down to two key questions: Does the merger ensure the financial safety and soundness of our credit union, and does it provide value to the members of both organizations?” says CU SoCal CEO Dave Gunderson.

“We’re not in business to put other credit unions out of business,” says Michael Vadala, CEO of The Summit. “But the industry is changing and in those cases where a merger is the right answer, you need to know how to do it and do it well.”

Below, both credit unions share seven key ways to stand out as an attractive merger partner and ensure those alliances don’t just benefit one party but rather strengthen the entire cooperative system.

The Silent Killer We Should All Be Aware Of!


Firefighter Cancer :: PSA from JSJ Production Studios on Vimeo.
at September 04, 2014 No comments: