There have been two changes at Dayton Firefighters Federal Credit Union that have helped savers. First, its long-term CD and IRA CD rates just had a big jump. Second, the credit union’s field of membership has expanded allowing more people to be eligible to join. The credit union now has a 2.08% APY 5-year Jumbo CD and a 1.78% APY 4-year Jumbo CD. The Jumbo minimum deposit is $100,000. For a minimum deposit of $2,000, the rates are 10 bps lower. These rates are listed in the credit union’s savings rate sheet as of 6/27/2013.

Credit union membership is open to those who live, work, worship, or attend school in, and businesses and other legal entities located in Montgomery County, Ohio. Please refer to the credit union’s membership eligibility page for more details. The credit union’s front page highlights that “membership benefits now extended to all of Montgomery County.” So they’re trying to make sure people are aware that you don’t need to be a firefighter to qualify.

The credit union has an overall health score at DepositAccounts.com of 5 stars (out of 5) with a Texas ratio of 6.30% (excellent) based on March 2013 data. Please refer to our financial overview of Dayton Firefighters FCU for more details. The credit union is federally insured by the NCUA (Charter # 395).

Postal, Firefighters Credit Unions Among Those With a Trade Group to Call Their Own
BY CANDICE REED CU Times

The National Coalition of Firefighters Credit Unions offers its services to all credit unions primarily serving firefighters and their families. Formally founded in 2008 by 25 credit unions after meeting since 1999, paid membership is voluntary; funds received go toward providing conference scholarships and access to benefits.
NCOFCU offers educational conferences and scholarships, networking opportunities with credit union colleagues through its website, “Firefighters Credit Union Community”, access to a membership database, shared policies and procedures, discussion forums, an exclusive CEO listserv network, an exclusive volunteer listserv network, and member discounts on services.
“After attending many conferences, serving as a volunteer director and firefighter and later CEO of a firefighter credit union, I found myself sitting in rooms filled with people I really didn’t know, and not much in common with,” said Grant Sheehan, the group’s CEO.
“It was then that I decided to look to putting the directors and staff of firefighter credit unions in the same room. From that point on, the attending firefighters and staff found that the brotherhood of firefighters and CEOs bonding and an open roundtable sharing of ideas and solutions was a terrific benefit that they have not found at any other conferences they have attended,” Sheehan said.   Read Complete Article  See all 5
at June 26, 2013 No comments:

New Items at the 2013 NCOFCU Conference

We are excited to inform you of these new items at this years conference;
Volunteer of the Year Award
The National Coalition of Firefighters Credit Unions Inc. (NCOFCU) will honor a volunteer whose outstanding contributions, to a NCOFCU member credit union and to the credit union movement, make him or her eligible to be the proud recipient of the "NCOFCU Volunteer of the Year Award". This is a terrific way to honor a volunteer who has gone above and beyond the call of duty in your credit union. Any NCOFCU member credit union Volunteer or CEO may nominate a candidate. Simply explain why the nominee deserves to be recognized as Volunteer of the Year. The winner will receive free registration to the next NCOFCU Annual Meeting & Conference as well as a beautiful plaque to display in their home or office. Nominees must be present at the convention in October to win.  To nominate a volunteer, please complete this Confidential Form and click submit when finished. All entries will receive a certificate indicating their nomination for "Volunteer of the Year Award". Entries must be submitted by August 1, 2013.

Percy Riley Jr. Conference Scholarship Fund
It is an honor to name the coalitions conference scholarship fund, supported by contributions from member credit unions, vendors and friends of NCOFCU, in honor of Percy Riley Jr. who served as Chairman of the Board Richmond Fire Department Credit Union. Percy Riley, Jr. attended his first meeting in 2002, and every year thereafter through October, 2007 in Albuquerque.  He brought his daughter and son-in-law with him along with Wallace Garland and Glenn Grooms that year.  He was obviously ill, but he came and attended the sessions.  He died November 30, 2007.  Had he been able to attend future conferences, we are certain he would have.  Right from the start, he served on the Advisory Committee and assisted in establishing the idea of a coalition and developing the conference.  He was a very kind, caring, and volunteered his time so readily, so that is why we want to honor Percy by naming NCOFCU's conference scholarship fund the "Percy Riley Conference Scholarship Fund".

Win An IPad
Join us Saturday and begin with a Asset Liability Presentation for directors by Lee Chandler of Vining Sparks and finish off the morning with how technology and social media affects your credit union members and how to use it to your benefit. NCOFCU will conclude with it's social media networking and how you can keep in-touch and network with the friends you have made at the conference. The IPad will be awarded concluding this presentation by a drawing of the members present.

NOTE!
Because of the overwhelming response, hotel rooms at the Westin Copley Plaza are in short supply so please pre-register so you don't have to stay off site. If the conference hotel is full when you try to register, we have made arrangements in a neighboring hotel for you, just contact conference management, Bonnie Slater (508) 429-2121, with how many rooms you may need. 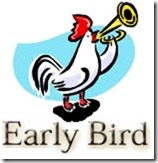 New Items
Because of the overwhelming response, hotel rooms at the Westin Copley Plaza are in short supply so please pre-register so you don't have to stay off site..If the conference hotel is full we have made arrangements in a neighboring hotel for you, just contact us and let us know how many rooms you need. 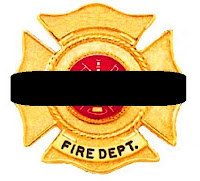 www.FireFighterCloseCalls.com
The HFD lost 4 Firefighters in the Line of Duty this afternoon following a fire and collapse. The following are the HFD members who gave the ultimate sacrifice at that fire in Southwest Houston this afternoon:

Firefighter EMT Robert Garner
(29) of Station 68. He began his career with the Houston Fire Department in October of 2010 and has served out of Fire Station 68 since.

Probationary Firefighter Anne Sullivan
(24) of Station 68. She graduated from Houston Fire Department Academy this past April and was assigned to Fire Station 68.

The Houston Fire Department has never had 4 Firefighters lose their lives from the same incident in the history of their department. In 1929, 3 Firefighters were killed in the Line of Duty after their Engine was broadsided by a train. This afternoon, 5 other Firefighters were initially transported to the hospital for a range of injures from heat exhaustion to a critical injuries.

Our deepest thoughts and prayers go out to all affected.
at June 01, 2013 No comments: