Lets welcome Prescott Ford of First Empire Securities to our line up of 2014 conference speakers! 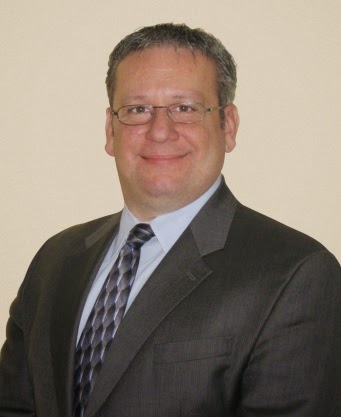 Prescott Ford is the Managing Director of the Office of Regulatory Affairs at First Empire Securities, Inc., and formerly served as a National Bank Examiner with the Office of the Comptroller of the Currency.

Drawing on more than 20 years of experience in the regulatory/compliance examination sector, Prescott keeps clients in step with a constantly changing regulatory landscape. A valuable resource for banks and credit unions, he frequently authors regulatory updates, participates at industry conferences, and conducts educational webinars and seminars on the subjects of interest rate, liquidity and investment portfolio risk management. In addition to seminars hosted by First Empire, Prescott has addressed industry groups, such as the Southern California Credit Union Association and the Credit Union Executives Society. He also recently authored the Credit Union Times article “Management Manages, Not the Examiner.”

Prescott received a Bachelors of Science in Business Administration, with a concentration in Finance from The Ohio State University. He has been a Chartered Financial Analyst (CFA) charter holder since 2004, and a member of the New York Society of Security Analysts (NYSSA).
at August 21, 2014 No comments:

Cheer Up and Change: The Demographic Mandate

Cheer Up and Change: The Demographic Mandate

At a conference I recently attended Monday morning started off with a great session by demographer and futurist Ken Gronbach, who laid out his predictions on where we’re going and what we can expect as demographics change. I was pleasantly surprised that the future isn’t sounding as bleak as the news might have you believe.

Gronbach offered lots of predictions for where our society and our world is headed. His predictions were given with a purpose: To help associations build their vision and plan for the future. As Gronbach stressed, "Wait and see is not a plan."

I’ve decided to arrange this recap into a list of my takeaways rather than a narrative recap. I hope you get as much out of this information as I did!

Big Changes in Retail: Gronbach explained that Generation Y, who are now ages 10-29, are a generation that shops primarily online. We can expect to see a shift in retail, especially away from the big box stores of today.

3-D Printing: I’ll be the first to say that this technology blows my mind. I don’t get it, but Gronbach said that I should. He also said manufacturing industries especially need to watch out for this trend.

Remote Everything: From robotic surgery to drone aircraft operated from another continent, Gronbach says this is just the beginning in terms of remote operations. This also applies to education, and colleges are already seeing a declining enrollment, supporting this trend.

Elderly on Steroids: With improving healthcare in our country, Gronbach says in the near future it won’t be unheard of to find people living to 120. Is our society ready to support the needs of this growing group of elderly people? (Gronbach says my home state of Florida should especially be watching out.)

Cars that Drive Themselves: Now, call me cynical but I don’t see this. I was promised flying cars back in kindergarten and those haven’t come to fruition, maybe that’s the root of my cynicism. Gronbach says that these cars aren’t far away, and explained that we can expect them to make us safer on the roads.

Homogenization of Culture:  Today 35 percent of the U.S. market is a minority. That statistic paired with the statement by Gronbach that Generation Y seems to be the first that does not see race or color will level the playing field for minorities, leading to a more homogenous culture.

Smaller Housing and Hotels: Walk around your nearest IKEA store and Gronbach says you’ve just seen the future. He says homes will be smaller, more energy efficient and will feature more sophisticated security systems. He also predicted a rise in new home construction as more Gen Y members leave home, get married and start their own families.

Entertainment at Home: Think Netflix and video game culture. Gronbach says fewer of us are leaving our homes for entertainment like movies and even recreation like riding bikes. This may give us a clue as to where the obesity epidemic he also mentioned is stemming from.

Car or Internet: Which would you choose? Perhaps not surprisingly Gronbach says if given this choice most young people today would choose the Internet. In fact, 25 percent of teens who are eligible to get their drivers licenses, don’t.  (Interestingly, Gronbach took this opportunity to point out that teen pregnancy today is on a decline.)

Succession Planning: "Baby Boomers can’t just walk out," Gronbach said, pointing to the huge amount of knowledge, both experiential and operational, that this generation is holding on to. Sharing that knowledge with the new generation, is key to the survival of our businesses and industries, he said.

Recruitment Strategies: Interestingly, the goals of Generation Y and the perks that attract them are being able to help others, being a good part, and building a successful marriage. Goals like being rich and famous fall lower on the list. Gronbach also stressed that Gen Y, "will not work for mean people." It’s important to know what this generation is looking for if you’re going to attract the best and the brightest.

Immigration Reform: While many people think Latin America when they think of immigration reform in our country, Gronbach says to look to the east instead. He predicts rising numbers of immigrants from the European Union and Asia. The typical look of these immigrants is different than you might imagine, with many being rich, young entrepreneurs.

I’ve thrown a lot at you here but I thought they were all interesting points. Which one jumped out at you most? I’d love to hear what you think about these future predictions.

I was asked to comment on this by a credit union publication. My feelings were that the credit union was doing what it should, educating the members as to how dealer financing works. An educated member will make a much better decision when considering purchasing a vehicle in the future.

What do you think?


They say never bite the hand that feeds you. But that seems to be what Space Coast Credit Union did with an auto lending campaign attacking interest rate markups charged by dealerships. The credit union had to do a big U-turn after the auto industry protested, with some car dealers decrying the marketing initiative as a smear campaign.

Few consumers are aware of “rate markups.” A rate markup (sometimes referred to as “buy-ups” or “dealer reserves”) occurs when a car buyer arranges for bank or credit union financing at the dealership, and the rate they get is marked up. It is a fairly common practice, encouraged by the indirect lending policies of both banks and credit unions, but some people feel these markups are “kickbacks” to car dealers. The fact remains that most consumers have never heard of rate markups, and don’t know what they are.

Space Coast Credit Union doesn’t engage in rate markups, instead choosing to compensate its dealer partners using a flat fee. So they decided to create a consumer awareness and advocacy campaign calling attention to the issue. According to the credit union, rate markups average around 2.5% and gouge consumers for hundreds of millions of dollars. Space Coast wanted to get the word out, figuring they could grow their auto loan portfolio.

NEWS ANALYSIS: A new report shows up to 70 percent of U.S. credit cards will have EMV chips by 2015. But merchants must convert POS terminals and train staff to use them.

The good news for companies that accept credit cards is that most banks will be issuing credit cards with EMV chips well before the coming liability shift in October 2015.

The bad news is that merchants that don't accept EMV (Europay, Mastercard and Visa) chips will have to absorb the cost of fraudulent transactions due to counterfeit credit cards.

Previously, banks had absorbed those costs. EMV chips are microprocessors embedded in cards that make counterfeiting the cards virtually impossible.

That means that companies that accept credit cards at point-of-sale (POS) terminals will have to either buy new terminals or they'll have to enable the EMV chip readers on the terminals they already have.

The surprising news is that the majority of card issuers will use chip-and-signature cards rather than chip-and-PIN cards. Chip and signature cards protect against counterfeit credit and debit cards, but not against fraudulent use of lost or stolen cards.   Continue Reading >>>  70 Percent of U.S. Credit Cards to Include EMV Chips by 2015