WASHINGTON–As many had forecast, the Federal Reserve opted to leave interest rates unchanged, but also gave a strong hint that it could raise rates and tighten monetary policy before the year is out. In a statement, the Fed said U.S. economic activity had picked up and job gains were "solid" in recent months. The vote was 7-3 to keep rates where they are.

"The case for an increase in the federal funds rate has strengthened," the Federal Reserve said following its two-day policy meeting.
It added that its rate-setting committee had decided against raising rates "for the time being," until there was more evidence of progress toward its employment and inflation objectives.

The Fed has held its target rate for overnight lending between banks in a range of 0.25 percent to 0.50 percent since December, when it raised borrowing costs for the first time in nearly a decade.
Two Fed presidents--Kansas City Fed President Esther George, Cleveland Fed President Loretta Mester and Boston Fed President Eric Rosengren—have both said they favor raising rates now.
Meanwhile, the Fed also indicated it will take a less aggressive approach to increasing interest rates next year and in 2018, and cut its longer-run interest rate forecast to 2.9% from 3.0%.
At the end of 2015 the Fed indicated that four rate increases were likely in 2016, but it has moved just once on rates this year.

In response to the Fed’s decision not to move on rates, CUNA’s chief policy officer, Bill Hampel, said
“Although the Fed did not move this time, an increase in the fed funds target rate would have been consistent with an economy approaching full employment with moderately rising inflation.  Therefore, an increase by the end of the year is very likely, to be followed by further increases next year, although a return to ‘normal’ rates will take several years. Higher short-term interest rates will provide welcome relief to savers, and should present no problems for credit unions.”
One day before the Fed’s decision, NAFCU’s chief economist, Curt Long, predicted during the group’s Congressional Caucus that the Fed would not act.
at September 22, 2016 No comments: 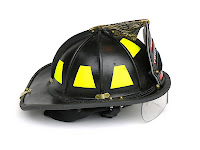 PTSD and substance abuse are pandemic among fire fighters. The International Association of Fire Fighters decided it was time to give them their own treatment center to help them deal with these behavioral health issues.

Keeping in mind the 20 percent of fire fighters who struggle from post-traumatic stress disorder, the International Association of Fire Fighters is establishing the first behavioral-health treatment center designed strictly for the profession.

IAFF, with the help of behavioral healthcare management company Advanced Recovery Systems, has created in-patient programs for the new Center of Excellence for Behavioral Health Treatment and Recovery to support fire fighters with PTSD and associated substance- and alcohol-abuse problems.

“Fire fighters and paramedics are subjected to stresses and trauma that can be life-changing, but until recently, mental health issues have largely been in the shadows,” IAFF General President Harold Schaitberger said in a statement. “Our collaboration with ARS will provide the support, treatment, and tools they need to recover from PTSD and continue to serve their communities.”

The facility, which will open in January 2017 in Prince George’s County, Maryland, will provide diagnosis, peer counseling, and treatment to IAFF members, as well as house a gym and running courses. Onsite teams will conduct related research, and an advisory committee will develop protocols to ensure effective program follow-up and the proper handling of behavioral health among fire departments.

“We know that fire fighters and paramedics can be exposed to significant trauma in the line of duty, which can lead to PTSD and co-occurring conditions,” ARS Chairman Dr. Lewis Gold said in the release. “With our expertise in addiction and recovery and comprehensive approach to care, ARS will be able to fully recognize and meet the needs of IAFF members, and help them get back to the lives and jobs they love.”

Fire fighters often experience PTSD at the same level as combat veterans—almost twice the rate of the general public—and so are highly susceptible to substance abuse and suicide. Escalating the problem, fire fighters won’t usually seek out help because of the stigma around behavioral health challenges within the profession, Schaitberger told Associations Now.

“There has been a stigma that has been created around those that may be dealing with PTSD and other emotional behavioral health challenges,” he said. “And that then, more typically than not, translates to a number of addictions: alcohol use as a treatment, drugs, all the unfortunate co-occurrences that surround these behavioral health issues.”

To begin addressing the problem, IAFF established a peer counseling program where affected individuals can talk to counseling-credentialed fire fighters. The program has proven successful and will be part of the new facility’s programs.

“We needed to first start to try to bring this, what we call it, behavioral health issue out of the darkness and into the light to try to create an atmosphere where our members would feel the comfort and the confidence to come forward and seek help,” Schaitberger said.

For fire fighters using the treatment center, IAFF has tried “to subtly bring in the elements and the feel [of a fire station] so that our members who come in for treatment and recovery will feel like they’re more, if you will, at home,” he said. This will include the strategic use of brick, color, and the Maltese cross.

Though the facility can’t currently accommodate every fire fighter suffering from behavioral health issues, Schaitberger hopes IAFF will open a series of these treatment facilities and include other first responders in the future.
at September 14, 2016 No comments: