The Boston Firefighters Credit Union has created a fund to help support the families of Lieutenant Ed Walsh and Firefighter Michael Kennedy.

"In difficult times like these, I am so proud to be mayor of a city that comes together to help our neighbors in need," said Boston Mayor Martin J. Walsh. "Since yesterday's tragic events, we've experienced an outpouring of support from across the city, state, and country. So many people have expressed a willingness to help, in some way, as we grieve the loss of Lieutenant Walsh and Firefighter Kennedy."

"Although no donation can heal the wounds suffered by the Walsh and Kennedy families, we are grateful to the Boston Firefighter's Credit Union for helping us create a focal point for peoples’ generosity, and to the people of Boston, of Massachusetts, and of the United States, who have once again shown the power of a community to help healing process begin."

BOSTON (AP) — Boston residents mourned the deaths of two firefighters who were killed when a fire driven by strong winds whipped through a brownstone and trapped them in the basement in a neighborhood just blocks from where nine city firefighters died in a 1972 hotel collapse.
Tributes poured in Wednesday for Lt. Edward J. Walsh, a 43-year-old father of three who had almost a decade of experience, and firefighter Michael R. Kennedy, a 33-year-old Marine Corps combat veteran who had been a firefighter for more than six years.
Thirteen other firefighters were injured in the blaze in the city's Back Bay district, and several police officers also were taken to hospitals. Some residents were rescued from the upper floors of the four-story apartment building, but none was hurt, city officials said.
"Today's a sad day for the city of Boston," Mayor Martin J. Walsh said. "We lost two heroes here today."


We will continue to update our page as more information becomes available.

Here is a link with some videos and photos of the fire:
http://www.bostonglobe.com/metro/2014/03/26/five-alarm-fire-breaks-out-beacon-street-back-bay/RopoEtQsZ0bgRXwBhggqQI/story.html

What CEOs Want Their Board to Know

In his work coaching more than 300 boards, Les Wallace, Ph.D., has found common themes among their CEOs.

“There are many items CEOS regularly ask me to remind their boards of,” said Wallace, president of Signature Resources, Inc., and facilitator of CUES’ recent Board Chair Director Seminar.

Wallace has also found a common thread when it comes to CEO stressors. “In addition to running one of the most challenging businesses in the world, credit union CEOs can be most stressed by their board,” he said. Frequently mentioned points of pain include:

According to Wallace, it’s also important for boards to remember that one of their most important duties is to help their CEO be as successful as possible. He recommends:

All Investments Are Not Created Equal

Investment rates are at a record low, and credit unions across the country are deploying different ways to make the most of excess funds; however, it is difficult to find a solid return these days. Currently, the industry averages a 1.14% return on investments. That’s less than a quarter of what the industry average was in 2007. So what makes some strategies outperform others? A dive into data from the 5300 Call Report offers some guidance.
In the comparisons below, credit unions are divided into quartiles based on their investment return. The average asset size in the quartiles ranges from $88.1 million for the bottom quartile to $245.8 million for the largest quartile. The top quartile posted an average return of 1.63% as of Dec. 31, 2013. That’s 49 basis points above the credit union industry average and is more than four times the return of the bottom quartile.
INVESTMENT RETURN BY QUARTILEData as of December 31, 2013


Don’t miss this great opportunity from one of our sponsors, "Vining Sparks"!
Moving Forward
Vining Sparks' annual Credit Union Forum, registration FREE to NCOFCU, is geared to assist today's credit union executives and management team as they move forward in our current challenging environment of low interest rates and gradual recovering loan demand.
The seminar will be held on April 28 at The Peabody Hotel in Memphis. This full-day event will equip executives of today's credit union management team to deal with the challenges and opportunities facing them.

Liz Whitehead, began at the agency in 1988 as a district examiner, and is running NCUA's district V  with supervisory oversight of 480 federal credit unions with $57.6 billion in assets located in Alaska, Arizona, Colorado, Hawaii, Idaho, Montana, New Mexico, Oregon, Utah, Washington, and Wyoming and Guam. Region V is headquartered in Tempe, Ariz.
Earlier in her career at the NCUA, Whitehead was a senior supervision analyst and principal examiner. Before she joined the agency, Whitehead was CEO of Hurlbut Employees FCU in South Lee, Mass.

This chart shows all Firefighter Credit Unions vs National yield. If you would like to see how your credit union rated Click HERE

As of Dec. 31, 2013, credit unions in the United States held more than $362 billion in investments.  It’s not only total investments that are shrinking, however. For the past year, investment growth has slowed and the -1.77% growth rate posted at year-end 2013 marks the first time since fourth quarter 2006 the rate has dipped into negative territory. Despite this trend, the investment portfolio still comprises a significant portion, 35%, of the industry’s total asset composition. 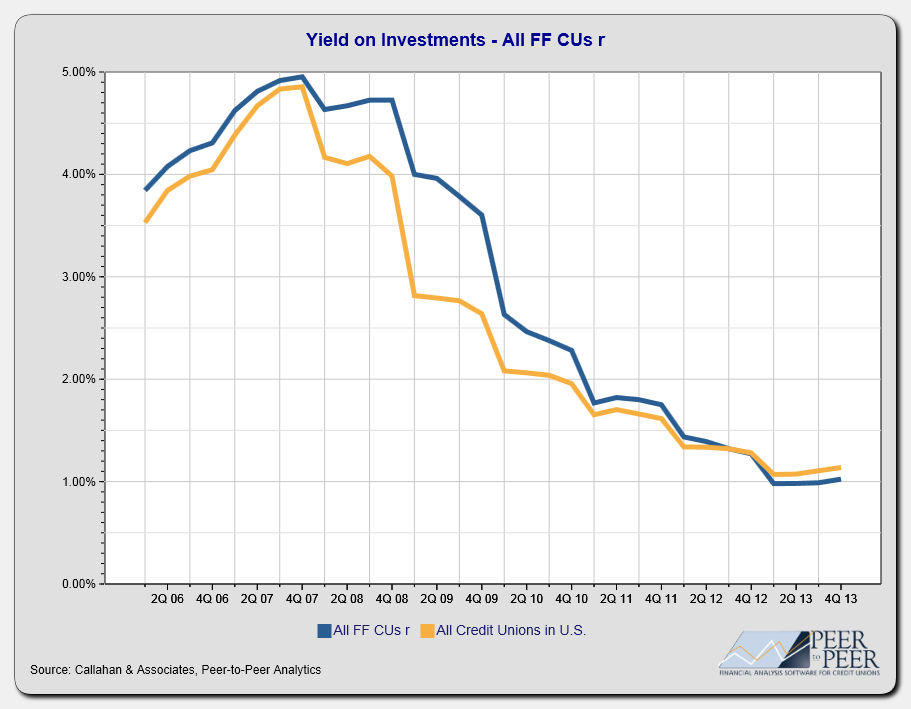 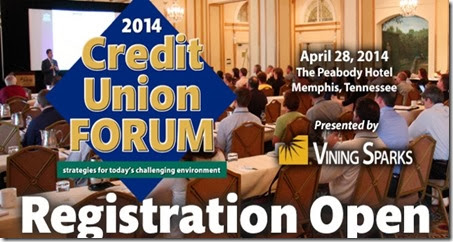 Steven Rick, Senior Economist for CUNA will Be At NCOFCU's 2014 San Diego Conference

We are please to have Steve Rick Senior Economist from CUNA back with us this year.

Steven Rick is the Senior Economist for CUNA & Affiliate’s Economics & 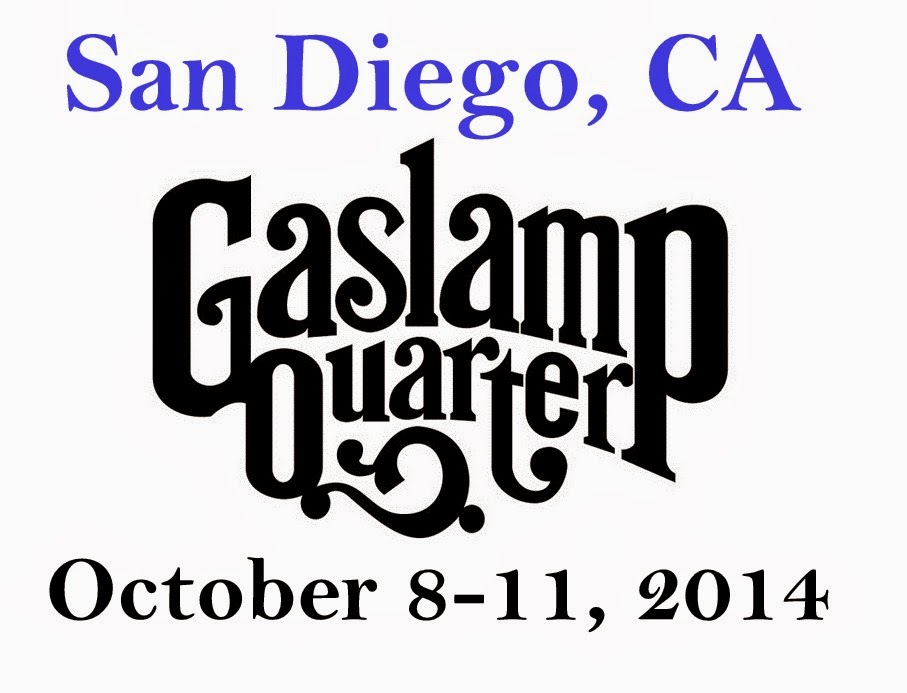 Statistics Department. Steve has been with CUNA since January, 1992. He conducts economic research, teaches and lectures at various credit union schools and conferences across the country and internationally and writes articles for CUNA publications. Steve facilitates strategic planning sessions for credit union board of directors. He has authored a textbook on asset-liability management for credit union executives. Steve also holds a Lecturer position at the University of Wisconsin where he teaches various courses. Mr. Rick has a B.A. in Economics from Moorhead State University; a B.S. in Finance from Moorhead University; and a M.S. in Economics from the University of Wisconsin, Madison. He is also a Ph.D. candidate for a doctoral degree in Economics at the University of Wisconsin, Madison. Mr. Rick has nine years teaching experience in the following courses: macroeconomics, microeconomics, and money and banking and the government’s role in the economy. He also has two years’ experience as a bank simulation advisor for a computerized bank simulation game for the Prochnow Graduate School of Banking.