The 10-Year Fixed-Rate Mortgage Worth Bragging About

“Approximately half of its membership is 50 years old or older, says Star One marketing manager Susanna Fong. The 10-year mortgage is meant to entice those members close to retirement to bring their loans — including the remainder of a 30-year-mortgage — to the credit union.”

For borrowers nearing retirement, desirable mortgage options are limited. Long-term loans can extend into retirement years and cut into savings earmarked for food, travel, and other expenses. Short-term loans can make budgeting difficult for the remaining working years.

Star One Credit Union ($7.2B, Sunnyvale, CA) understands that borrowers want to be free of loan obligations before they leave the workforce without breaking the bank to do so. So in January of 2014, the credit union introduced a promotional 10-year fixed-rate mortgage that charges no closing costs and models its rate after Fannie Mae.

Approximately half of its membership is 50 years old or older, says Star One marketing manager Susanna Fong. The 10-year mortgage is meant to entice those members close to retirement to bring their loans — including the remainder of a 30-year-mortgage — to the credit union.

“We thought lowering the term and eliminating closing costs would allow us to get those balances from other financial institutions,” says Victoria Tabler, real estate loan services manager at the credit union. “Someone with lower outstanding loan balance might not move to a different lender if they have to pay closing costs.”

Star One removed all closing costs, such as credit reporting fees, appraisal fees, and escrow and title fees. And unlike rates on other 10-year fixed-rate mortgages — which can be as high as 3.3% — there is no gimmick to this refinance program.

“We do not increase the rate to compensate for the loss of the closing costs,” Tabler says. “In fact, we lower the rate to [meet] the market. It’s a true low-cost loan.”

Star One’s asset and liability committee (ALCO) reviews the product every quarter. The credit union initially designed the loan as a three-month promotion more than one year ago and is set to evaluate for the 5th time at the end of March, and Tabler is optimistic Star One will extend it.

The ALCO also reviews the rate every week and considers how current rates affect the profit margins. And depending on the loan amount — which can range from $50,000 to $500,000 — the credit union foregoes $1,500 to $2,000 in fees per loan. That’s not an insignificant amount to leave on the table, but the shorter term helps offset the interest rate risk of long-term loans.

New business also helps counterbalance the loss in fee income. To date, the credit union has processed more than 200, 10-year fixed-rate mortgages and holds a total portfolio of approximately $44 million on its books. That’s 20% higher than its initial projections.

As of Dec. 31, 2014, Star One’s efficiency ratio — how much the credit union spends to create $1 of revenue — is 42.69%, well below state and asset-based peer averages. This performance allows the credit union to offer lower rates than competitors on the 10-year loan without sacrificing profit.

Although exact numbers are not available, Tabler says a study by its accounting department indicates these loans are profitable. Taking into consideration the variable interest rates — which have ranged from 2.25% to 2.75% in the past 14 months — and lost fee income, the study found that loans are profitable beginning at $200,000. Currently, the average loan balance is slightly less than $250,000.

Underwriting standards for the product are similar to the credit union’s other mortgage products and follow general Fannie Mae guidelines.

The maximum loan-to-value ratio the credit union will accept for cash-out refinances is 75%, however, it will grant purchase and limited cash-out transactions with ratios as high as 95%. For loans with LTVs that exceed 80%, Star One requires mortgage insurance.

A borrower’s debt-to-income ratio must be in line with the CFPB’s ability-to-repay guidelines and not exceed 43%. Although the credit union does not have specific requirements for credit scores, it diligently evaluates and documents all credit, income, assets, and collateral. Overall, Star One takes a more conservative approach to this shorter-term loan

“We review income, income stability, assets, and loan-to-value,” Tabler says. “Most important is ability to repay. This is a short-term loan and we don’t want members to realize it’s too hard to repay and need to extend it.”

The credit union originates loans through Accenture Mortgage Cadence before applying additional decisioning overlay with an in-house team of 10 underwriters, using Fannie Mae Desktop Underwriter guidelines. In January of 2014, Star One received 111 applications. Since then, it has received approximately 16 applications per month. In total, it has received 291 applications and declined 38, Tabler says.

And although the credit union initially instituted this program to refinance borrowers closer to retirement, higher-income young professionals and first-time homebuyers who qualify based on the credit and income standards have also taken advantage of it. These “upscale” members — who are 35-to-55 years old and have household incomes of $125,000 or more — account for 30% of the loan’s borrowers, Fong says. To date, Star One has financed 10 purchase mortgages with the 10-year option. 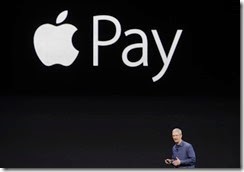 For Apple Pay, it’s 98 and counting. Apple confirmed on Tuesday (March 3) that 17 more financial institutions have gone live with full Apple Pay support in the past two weeks, bringing the total just shy of the century mark, 9to5 Mac reported.

To be clear, that’s not the number of banks and credit unions that have signed contracts to support Apple Pay — just the ones that have completed the transition. At least 500 more Visa card issuers — just Visa, not MasterCard — are in the process of setting up the necessary new technology, including tokenization for Apple Pay, Visa CEO Charlie Scharf told analysts during an earnings call in January.

Apple CEO Tim Cook has previously said that more than 2,000 financial institutions have signed up for mobile payments system.

Credit unions make up more than half of the financial institutions that have gone live with Apple Pay so far.  In the past month, Apple Pay also got the nod as a standard for roughly 9 million Federal payment cards, including debit card accounts used for distributing Social Security and Veterans benefits. A Feb. 13 White House announcement said that both cards used for distributing federal benefits and those used for government employee expenses would support Apple Pay, though no date for those cards to go live was announced. Apple Pay will also be available for many transactions with the federal government, such as at national parks, starting in September.
Apple Pay Nearing Triple Digit Milestone