A shooting at a downtown Long Beach senior living facility left one firefighter dead and a second wounded, authorities said Monday.
Fire Capt. Dave Rosa, 45, was fatally shot while investigating reports of an explosion and smell of gasoline inside the Covenant Manor senior care facility about 4 a.m., said Long Beach Fire Chief Mike Duree.
Rosa and another firefighter were shot while inside the 11-story high-rise helping to trace what had triggered the building’s sprinkler system and forced residents to shelter in place, Heflin said.
The firefighters were near the unit where the blast occurred when shots rang out and Rosa and the second firefighter were hit, officials said. Both were taken to trauma centers. The second firefighter is 35 years old and in stable condition, Duree said.

A suspect in the shooting, possibly a resident of the building, has been taken into custody, said Long Beach police Sgt. Brad Johnson. A third person, a civilian, was also shot and is expected to survive, police said.

The suspect’s identity has not been released and a motive was not immediately known. Residents will be allowed back in the building once it’s deemed safe, Johnson said. Several windows in the building were blown out.

Our deepest condolences to all affected,
NCOFCU
at June 25, 2018 No comments: Links to this post

Fed raises the target benchmark rate to a range of 1.75 to 2 percent

Information received since the Federal Open Market Committee met in May indicates that the labor market has continued to strengthen and that economic activity has been rising at a solid rate. Job gains have been strong, on average, in recent months, and the unemployment rate has declined. Recent data suggest that growth of household spending has picked up, while business fixed investment has continued to grow strongly. On a 12-month basis, both overall inflation and inflation for items other than food and energy have moved close to 2 percent. Indicators of longer-term inflation expectations are little changed, on balance.

Consistent with its statutory mandate, the Committee seeks to foster maximum employment and price stability. The Committee expects that further gradual increases in the target range for the federal funds rate will be consistent with sustained expansion of economic activity, strong labor market conditions, and inflation near the Committee's symmetric 2 percent objective over the medium term. Risks to the economic outlook appear roughly balanced.

In determining the timing and size of future adjustments to the target range for the federal funds rate, the Committee will assess realized and expected economic conditions relative to its maximum employment objective and its symmetric 2 percent inflation objective. This assessment will take into account a wide range of information, including measures of labor market conditions, indicators of inflation pressures and inflation expectations, and readings on financial and international developments. 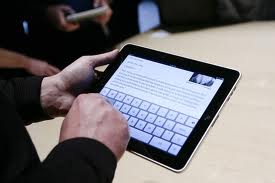 WASHINGTON—Due to the uncertainty that continues to surround how the Americans with Disabilities Act applies to websites and online access, credit unions continue to be hit with lawsuits alleging violations.
As a result, CUNA reported it has just filed two briefs in Ohio and Texas related to such litigation with the trade group saying finding a solution remains a top priority.

“This kind of advocacy is only part of our 360-degree approach to finding a permanent solution for credit unions facing these predatory lawsuits,” said CUNA President/CEO Jim Nussle. “As we work with Congress and the Department of Justice, filing briefs with our state leagues will help make an impact in the legal arena.”

CUNA filed a brief with the Ohio Credit Union League in the Southern District of Ohio in Mitchell v. BMI FCU, and with the Cornerstone Credit Union League in the Southern District of Texas in Thurston v. KBR Heritage FCU.
CUNA has joined with leagues to file briefs in two Alabama cases, in Illinois, as well as additional cases in Texas and Ohio, supporting credit unions in those states. The earlier Texas case was dismissed shortly after CUNA and the league filed their brief.
NAFCU, meanwhile, noted language was recently added to a House Appropriation's measure that would require the Justice Department (DOJ) to clarify website accessibility standards under the ADA, and Reps. Ted Budd (R-NC) and Lou Correa (D-CA) are currently circulating a letter among House members to urge the DOJ to resolve the issue as soon as possible.
CUToday
Join Us In Seattle